Entangling an arbitrary pair of qubits in a long ion crystal 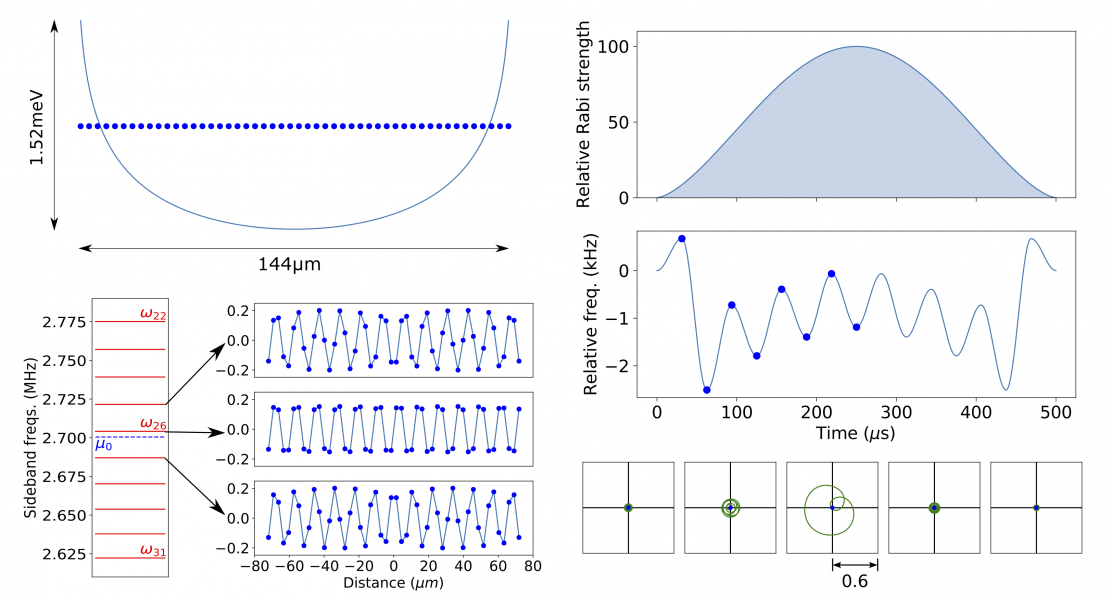 Our paper "Entangling an arbitrary pair of qubits in a long ion crystal" has been uploaded to arxiv.org (arXiv:1808.02555).

Two-qubit gates are currently the "bottleneck" for accurate quantum operations. The ability to perform long-distance, high-fidelity two-qubit gates will significantly improve the scalability of ion trap quantum computers. We simulate the mechanics of a 50-ion trap, and show that by driving a particular motional mode, we may entangle an arbitrary pair of ions with reasonable power and robustness against frequency offsets (e.g. due to sideband drifts or laser instability). We use amplitude and frequency modulation of the driving force to suppress residual state-dependent motion to very low levels.