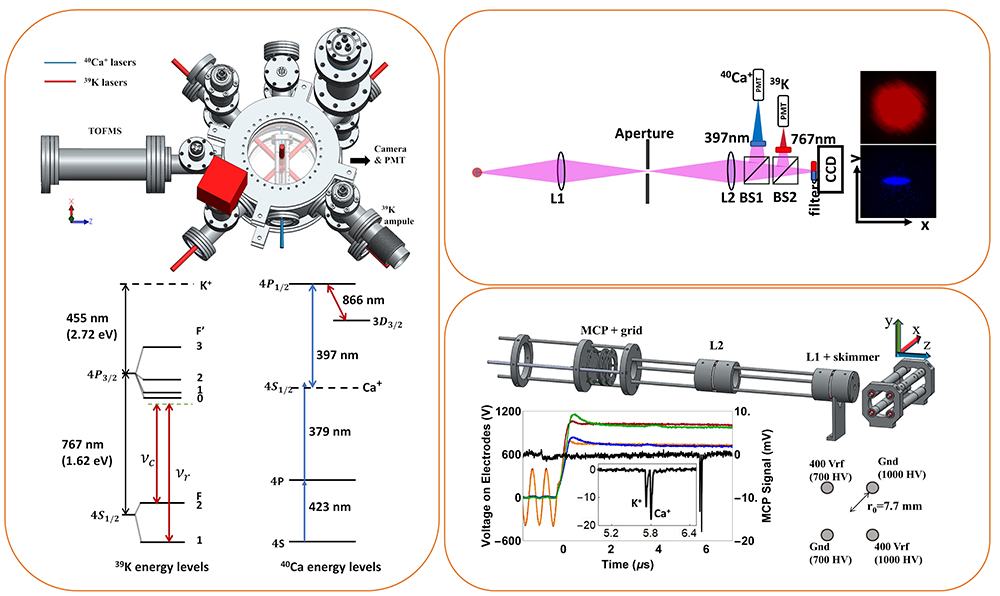 We trapped laser-cooled 39K atoms and 40Ca+ ions with a good spatial overlap in our hybrid trap. We also achieved a good mass resolution, m/∆m of 208 which is sufficient to resolve the 39K+ and 40Ca+ peaks whose masses differ by only one atomic unit. Our hybrid trap is also a good platform to study ion-atom interactions governed by 1/r4 potential. In our initial experiments with the hybrid trap setup, we studied sympathetic cooling of 39K+ ions by cold 39K atoms and charge exchange collisions between 39K atoms and 40Ca+ ions. For more details see our article published in Review of Scientific Instruments (https://aip.scitation.org/doi/10.1063/1.5121431).