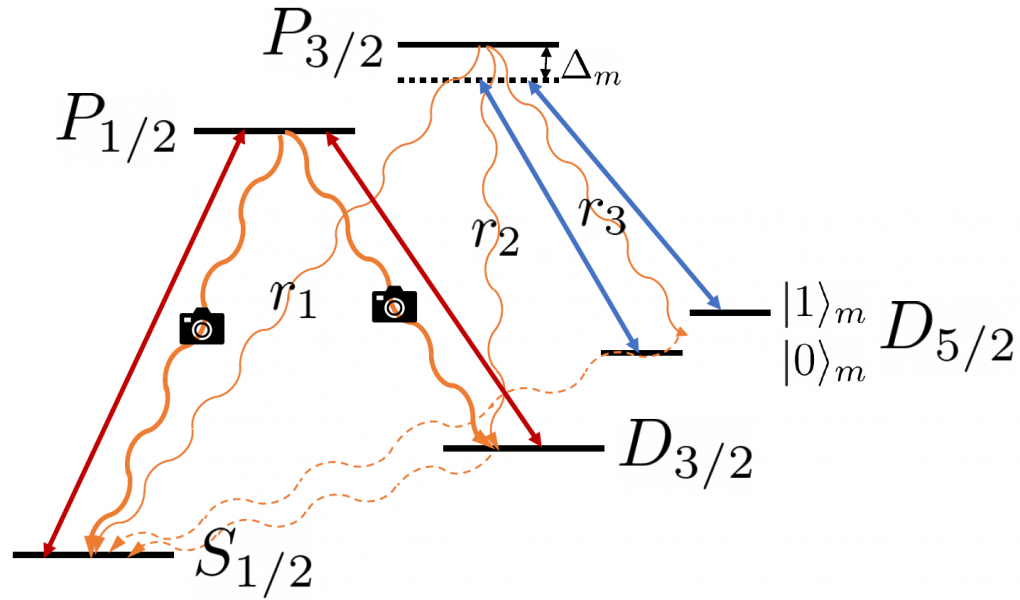 Quantum error correction (QEC) is necessary for achieving a scalable and fault-tolerant quantum computer, as physical operations on quantum states are prone to errors. QEC can be challenging as entangled states of many physical qubits are used to encode quantum information. The performance of QEC can be improved by manipulating the type of physical errors. In particular, errors with known locations called erasures are easier to correct than Pauli errors for QEC codes. Thus, it is desirable to convert physical noise into erasures.

For trapped ions, a leading quantum-computing platform, we may consider encoding a qubit in either the ground or metastable manifold of atomic states. While ground qubits are a more natural choice with a longer lifetime, metastable qubits allow for erasure conversion. Specifically, the errors due to spontaneous scattering of excited states during laser-based gate operations can mostly be detected for metastable qubits. In our recent submission (arXiv:2210.15024), we compare the QEC performance of ground and metastable qubits encoded into the surface code and verify that using metastable qubits with erasure conversion significantly improves the error-correction threshold. We also make comparisons under fixed gate time and find that the ideal choice of qubit depends on the available relative laser intensity.

We hope our work motivates further research on using metastable atomic qubits for quantum computing, as well as encourages searching for methods of converting other types of physical noise into erasures.